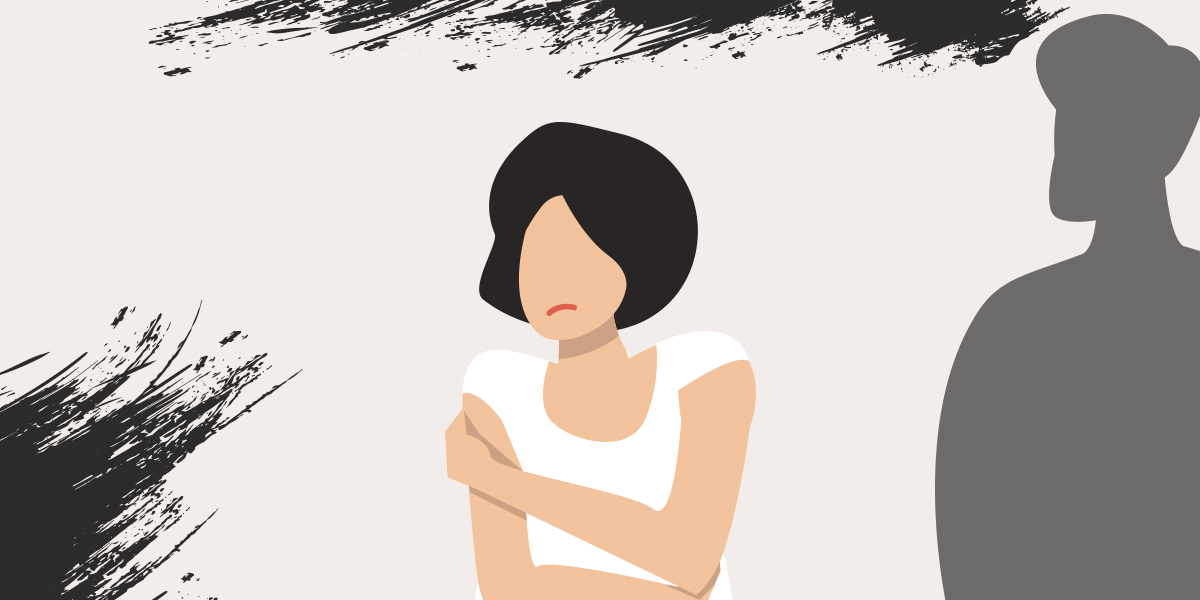 Does being exposed to sexual assault necessarily mean you should give everything up? Do you ever wonder, “Why me? Why did this happen to me?” The feeling is mutual for a lot of people in your situation. From the moment you typed in on a search engine to find out about sexual abuse and its impact on mental-health, you are being mindful. Out of the hubbub of activities that you do all day, maybe here you seek to comfort yourself. Or it might be to comfort a loved one with the new knowledge that you are about to receive. Either way, this post explores a few possible ways to remedy your mind.

Facing a sexual assault is traumatizing. One might feel empty. One might hit patches where you seem to forget what’s good in life. But on a silver lining, this minor setback can help you find the new You, who is ready to deal with anything that life has in store for you. Read on to set your life back in order.

Chapter 1:
What counts as a sexual assault?

Sexual assault is a serious, punishable offense that should not be taken lightly. Maybe your loving partner did it. Maybe it is one of your closest friends or family members who, you never thought would intend to do you harm. Simply put, If you remember having unwelcome sexual contact of any type, you’ve most likely been subjected to sexual assault. However, when it comes to rape and sexual assault, there are a variety of circumstances to consider.

Shockingly, this now has become a huge issue in our day-to-day lives. Therefore, it’s important to know exactly what counts as a sexual assault. It’s an umbrella term that refers to a wide range of sexual actions. It also covers various forceful contact or behavior without a person’s consent. Here is a list of things that we consider sexual assaults. If you or a loved one has had any of the following experiences, chances are they are sexually abused.

Point often overlooked is what to do if she/ he thought having sex was a perfectly fine idea a minute ago and is now not willing to continue? It doesn’t matter if she/ he said ” yes” just before you get in the car. It certainly is not applicable if he/ she was on board before you get into an argument. One can’t expect the same positive reaction from a person just because he/she has said yes before. If “now” is uncomfortable, you should not continue with the sexual act despite hearing the word “yes,”. If you’ve begun a sexual act but the individual changes their mind, you should stop it immediately.

Chapter 3:
Which parties could be the victims?

You are right to think we live in a strange world. So strange that people are keen to think only women can be pushed around. For instance, “Sexual abuse” is a subject in which people often tend to victimize the girl or the female party of a certain situation. Well, this is not the case. Sexual assault affects one out of every three women and one out of every six males in their lifetime. According to a recent survey, social stigma, macho norms, and homophobia all contribute to boys being less likely to disclose abuse. Therefore, both men, women, and transgenders are all likely to have met with this sort of bitter experience.

To seek remedy, it is okay to describe your experience to a loved one. Letting it out could give your strength back to you. Opening up yourself to someone closer can help you push past the sexual trauma. Bottled-up thoughts are not very healthy. However, people may have been unable to share their experiences for a variety of reasons.

Chapter 5:
Marital rape is not rape?

In point of fact, society often overlooks sexual assault between intimate partners or marital couples ( Marital rape or sexual abuse). It is normal for someone to feel insecure talking about their ‘abusive relationship’ with others. This is because the abuser is either your partner or someone close to you. Part of you doesn’t feel like telling on your partner’s abusive behavior. Nevertheless, this could create a deep mental-health impact resulting from constant sexual abuse and the inability to put an end to it. Most probably, you may have fear of judgment. This is a depiction of your own anxieties. You think that the other person feels the same way about what you did and will judge you as well.

Another key point is that you may have trust issues.You may doubt your own judgment, self-worth, and even sanity. Not to mention, you may be afraid of romantic relationships and intimacy might feel impossible. It is a perfectly normal scenario. Perhaps, placing too much trust in somebody already put you through this situation. Therefore you having issues with whom to trust is not news. Nevertheless, there can be other reasons to keep you from telling the world what happened to you 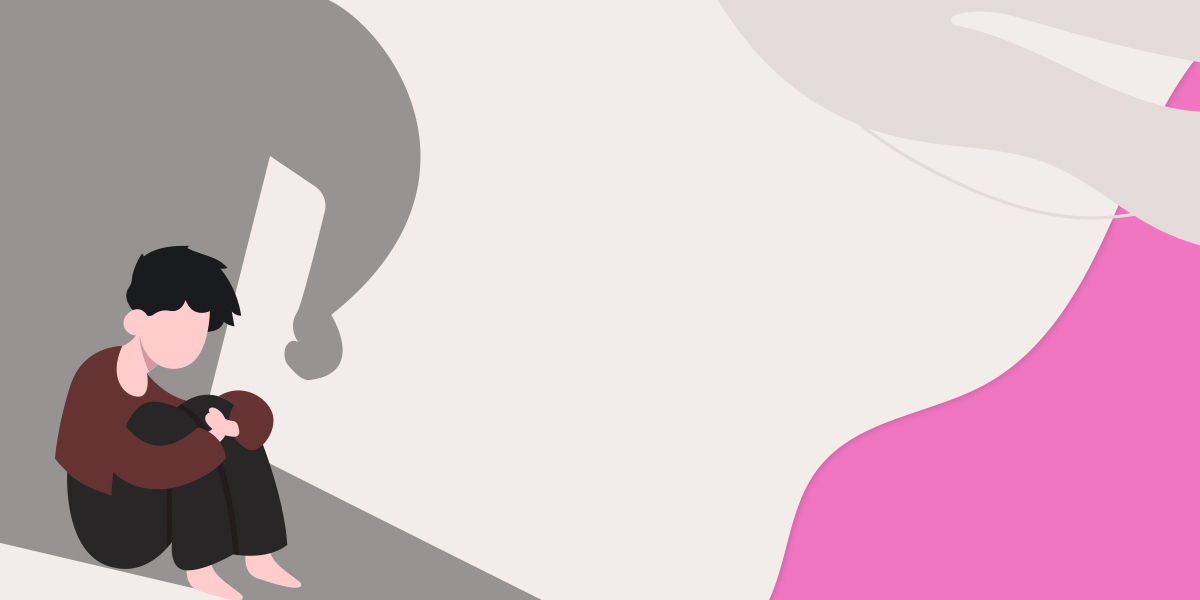 The body’s natural reaction to dealing with the trauma of sexual assault can have long-term physical health consequences.

A sexual assault can bring on several chronic physical conditions, which are also common among people with PTSD. For example, women who have been raped are more likely to have:

If you’ve ever had vaginismus (pelvic floor myalgia), you know how much pain and misery it can bring. It’s a condition in which the vaginal muscles contract or spasm uncontrollably. It usually occurs before or during intercourse, but it can also be triggered by using a tampon or doing a pelvic exam.

Vaginismus can happen the first time you try to penetrate the vagina during sex, when you insert a tampon, or when you have a pelvic exam. But, regrettably, it can also come after a time of non-painful penetration for some women.

Causes of vaginismus include:

Consulting a doctor must help a person get through these. This article, however, focuses on what could be the impact of sexual abuse and what could they mean for your mental-health.

Chapter 7:
What could this mean for your mental-health?

Sexual abuse is not a nice experience to stumble upon. So, the bottom line is the person is mentally not prepared for what just happened. There may be some harsh memories imprinted at the back of your head for a while. But the most sensible thing to remind yourself is that you are not at fault. Life can still go on. Although sexual assault is a punishable offense, this is just a small bump in the road. When on the impact of sexual abuse on mental-health, there are a couple of things to consider.

We must send a message across the world that there is no disgrace in being a survivor of sexual violence- The shame is on the aggressor.

Depression is a mood illness. It dwells on a person’s sadness, despair, hopelessness. It is possible that someone who has had these emotions for a long time could have depression. This illness disrupts typical thought patterns. Therefore, it can have an impact on your behavior and relationships with others. Not to mention, depression can affect people of all ages, genders, races, ethnicities, and religions. You can feel sentiments of grief, dissatisfaction, and hopelessness if you are in depression. If these symptoms last for a long time, they could be an indication of depression. Depression isn’t a sign of weakness, and it’s not something you should expect to “wake up” from. It’s a serious mental illness because of sexual trauma. Survivors can often benefit from expert assistance. 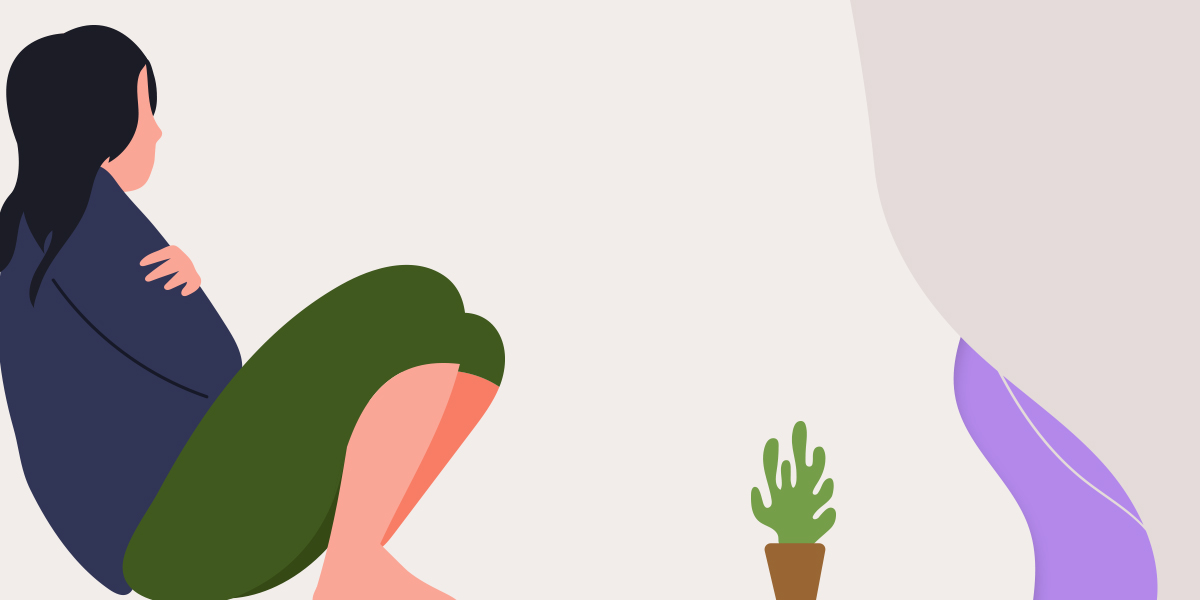 Flashbacks normally occur without notice. It’s vivid memories of a trauma that feel as if they’re taking place right now. In other words, when memories of a prior trauma feel as though they’re happening right now, we call it “flashback”. You may relive what you saw, heard, smelled, and felt, as well as your body’s reactions, such as a racing heart. They can last anything from a few seconds to several hours.

That means it’s possible to have the feeling of sexual violence all over again. However, It can be tough to reconnect with reality after a flashback. It may even appear as if the offender is physically present. They can be daunting and unpleasant. That’s because you are mentally reliving your sexual trauma and it feels as if it is actually happening. Flashbacks might make you feel exposed, uncomfortable, or afraid. They can make you feel lonely and leave you all alone. You might feel a strong sense of rage, embarrassment, or apathy. Since these can affect your mental health, it is better to keep them under control.

How to deal with Flashbacks?

Flashbacks can be annoying. It’s dreadful to relive the experience that you try to forget ever happening. When talking about the impact of sexual abuse on mental-health, flashbacks can take a major place. So, there are a bunch of things that people can do to deal well with Flashbacks.

Be your own savior

Loved ones as saviors

Anxiety, worry, and panic are common reactions among survivors of sexual violence. If these emotions grow serious and you have them more than a few weeks, chances are you may be suffering from post-traumatic stress disorder. To put it another way, if you have feelings of worry which trouble your day-to-day life, you are likely to have PTSD.

While all survivors react differently, there are three main symptoms of PTSD:

The symptoms of Post-Traumatic Stress Disorder, or PTSD, are divided into two categories by psychologists and victims.

For starters, people often relive traumatic memories of the actual scene. secondly, people may experience symptoms of denial. these feelings are numbness or a sense of “not quite being there”. These types of symptoms normally happen in cycles, with one symptom leading to the next.

Chapter 11:
A word of farewell

The impact of sexual abuse on mental-health is a lot to take in. There is no doubt that there are noticeable health concerns after a sexual assault. But, coupled with health issues, a person is most likely to face mental-health issues as a result of sexual violence. Depression, Flashbacks, and Post-Traumatic Stress Disorder are some of them that you need to look out for. If you or your loved ones ever have the symptoms of these disorders after facing such a sexual trauma, It is important to remember that you are not alone. It is sad but true that, millions of people of both genders have gone through what you went through and lived to tell their stories. Therefore, It is always good to share your thoughts on that experience. Maybe you will be able to help others who are struggling as well.

02). Is there a difference between sexual violence and sexual assault?

03). Is kissing someone against their will assault?

It is our vision to touch and make a positive change in every human life.