Overthinking – Stop thinking and worrying too much

”I am overthinking about everything” is a common phrase we all hear. Especially after the Covid-19 Pandemic, it has become the new normal. People worry about their futures more than ever. They lose jobs, they are anxious about migrating and they overthink anything and everything. As a result, they risk stress, anxiety, panic attacks and even depression. When stressing and overthinking becomes our default, we know we have taken it too far.

The name itself gives an idea about what it means. Overthinking is having worrying thoughts about a past event or about something that will happen in the future. Usually, these thoughts play over and over in your head. Overthinkers often focus on the problem and why it’s there rather than trying to solve it. People can overthink something as trivial as what to eat for lunch or wear to work. Some people overthink as a habit, while some only overthink once in a while. Thinking too much about isn’t that dangerous. However, if you do it as a habit, it will lead to poor quality of life. It will also reduce your mental health.

Anyone can overthink. It doesn’t matter how old, educated or healthy you are, there will be a time where you are going to overthink. Once you overthink, it’s a tricky road. You might keep it to a required level or take it too far.

Chapter 1 :
When is overthinking healthy? 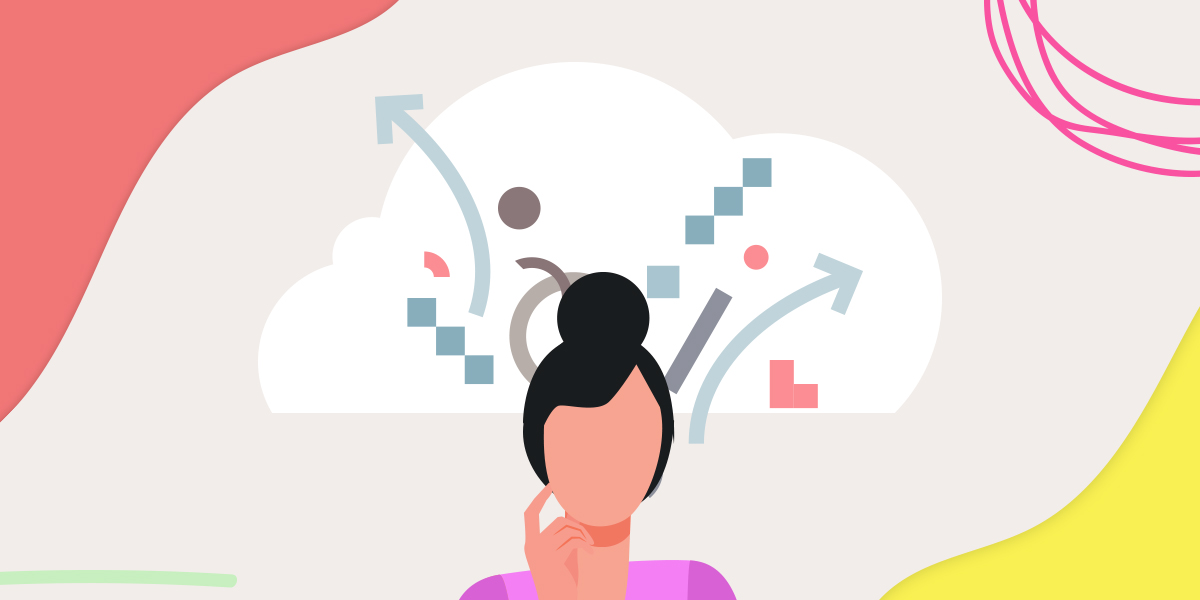 Overthinking once in a while is actually healthy. As humans, we are hardwired to think our ancestors had to look out for themselves with great care in the past. They had to overthink about animals that attack us, worry whether we’ll find food for the day and plan ahead to avoid any threats. So, it was natural to do so. However, in modern and safer times, we don’t need to overthink as much. Too much of this is in fact dangerous.

However, if it gets in your way, it might be the first sign to know that you’re are overthinking too much. So, if you ever caught yourself overthinking, it’s about time to stop it. There are a few telltale signs of overthinkers. If you relate to them, it might be worth checking out our tips at the bottom on how to avoid them.

Chapter 2 :
Signs that you're overthinking

You get very anxious about something even weeks before doing it. You might think about it more and more often to the point of getting lost in thought. This means you’re an overthinker. It is normal to think about anything before you do it. However, obsessively worrying about how it will go is not normal.

When your mind keeps playing different scenarios on repeat, sleeping is hard. You may twist and turn to fall asleep. Sleep is essential for our bodies to recharge. If that time is used for your mind to playback past events or worry for the future, it means that you’re overthinking.

Sure, we all see some vivid dreams when we sleep. Some even relate to what we do in real life. However, if you are overthinking, you have a chance of seeing nightmares. When you spend the whole day worrying about the tiniest thing, you live in a constant state of fear. So, in your sleep, these thoughts are shown as dreams. Since you often have negative thoughts, it comes across as a nightmare.

Do you always have thoughts like “Why is this happening to me?”, “I am the least talented”, “What if I don’t succeed”?. Then, chances are it’s a result of overthinking. Overthinkers always focus on the problem. Victimization happens when you dwell on a bad situation and think about it, rather than working on making it better. 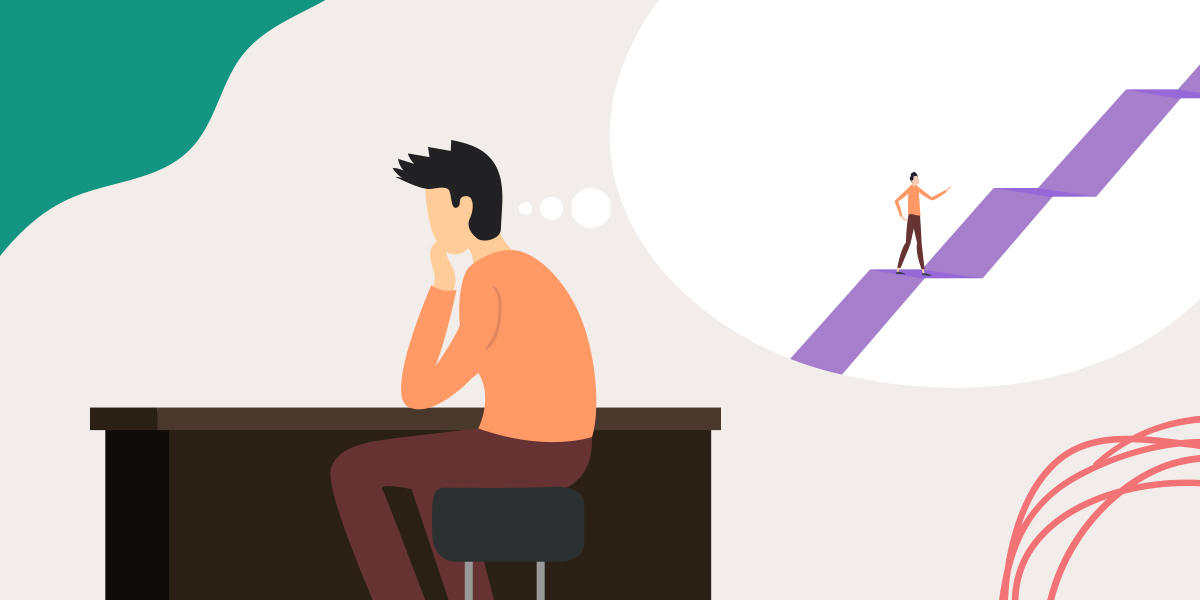 Being hesitant to try new things because you are afraid of people laughing at you or making fun of you. You’ve already imagined the worst thing that could happen and decided not to try it. If you practice this as a habit, you might be overthinking. An overthinker will have already decided what to do and not to based on their deep thinking.

So, it is obvious that an overthinker trusts their thinking more than anything right? Yes. Overthinkers consider themselves fortune-tellers. They believe, if you dwell on one thought long enough, you can see your future. Whereas that is not the case. Sometimes overthinking clouds your judgement. If you focus on a problem long enough, you will become the problem.

If you constantly overthink about your future and dwell on past mistakes, you are robbing yourself out of the present. This reduces the quality of life. Let us look at how overthinking affects our life in adverse ways.

Chapter 3 :
Side effects of overthinking 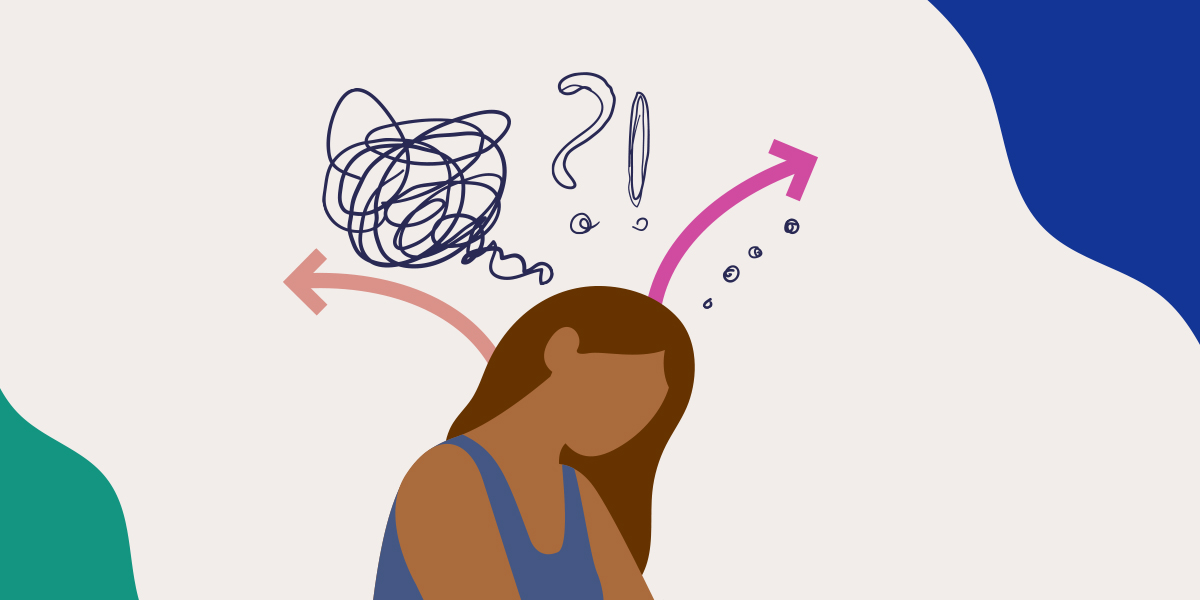 An overthinker’s mind isn’t present. It lives in a state of anxiety. This will lead to various health problems or even simple things such as sweating. The constant overthinking will have you in different types of arguments with people, over something only you imagined.

For instance, accusing your partner of cheating just because you imagined the worst possible scenario in your head will cause bumps in your relationship. You might overthink the things you don’t like about yourself and go into even more self-hate, leading to depression. A common cause of teenage depression is their excessive comparison after thinking about why they don’t look like the social media stars. When they overthink, they can’t tell whether it’s real or not.

Moreover, when you are an overthinker your emotions run high as well. So, this can increase your negative emotions. These side effects will reduce the quality of your life. Therefore it is important to identify the causes and work to reduce overthinking.

let’s take a look at what makes us overthink so much. There can be a lot of factors to consider. From genetical to learnt behavior and from toddler to elder it varies.

Trauma can cause a person to overthink. Either they’re dwelling on a past incident or thinking about how to prevent such an event in the future. For instance, if a person was emotionally abused by a parent in the past, he will be traumatized and will think about why it happened until he heals. Sometimes he will ask himself “why me?” and beat himself up. Moreover, he might overthink and judge every person he associates, as a defense mechanism.

Learnt behaviors make you overthink a lot. If you ever lived in an unsafe environment, you might have had to worry and think about all the ways to keep your family safe. Your mother being super worried about you when you were young might’ve brushed off on you. As a result, you will do the same with your children, because of influence.

Generalizing is the idea that you will perform better in everything just because overthinking helped you in one specific part of your life. For an instance, you had to think a lot when you bought a great house. Now you overthink before most tasks, thinking it will help you to make a better decision. So, you will waste time even on little things such as watching TV or what you’re making for dinner.

To avoid /create a problem

People tend to overthink ways to avoid problems or uncomfortable situations. On the other hand, some people overthink to create problems to your advantage. A common behavior of toxic people is overthinking and using it to exit a relationship or a responsibility. E.g. A person thinking a lot about their finances and telling their partner, that he can’t provide for their child.

This is another cause for overthinking. Some people like to overthink when it comes to things regarding people they care about. They feel as if they are protecting them by worrying a lot about them. This is a common problem in parent-child relationships as the child feels a violation of privacy when the parent constantly checks in on them. Even at 34 years old!

Chapter 6 :
How to avoid overthinking

An overthinker can easily get over it if they are aware of the causes. However, there are cases that arise as a result of serious mental health issues as well. Sometimes you can’t battle it alone. In instances like OCD, severe trauma, grief and suicidal thoughts it is best to seek professional help. There are different ways you can get professional help.

Get in touch with us to get your personalized treatment and put an end to your overthinking.

It is our vision to touch and make a positive change in every human life.